Best time to visit in Cambodia

Choosing the best time to visit in Cambodia is not all about the weather. Although you should check it out first as it can get hot or wet at different times of the year!

But there are lots of other reasons to visit at different times of the year too. We know that Globalteer volunteers all have busy lives and need to juggle work and studies. Many of you have to plan around university holidays or when you can take a break from work. 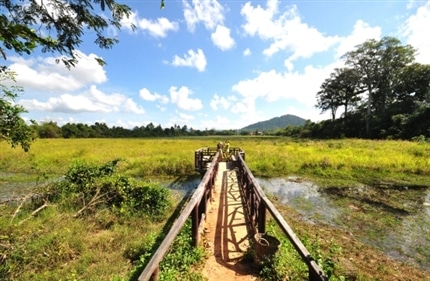 Well we thought we’d give you a low down on what’s happening throughout the year in Cambodia to try and help you with your planning. After all, you all have enough other things to busy yourself with while planning your life-changing trip!

So when is the best time to volunteer in Cambodia for you?

April and May can get very hot and humid. But on the plus side it usually means that there are fewer tourists around and little rain. So it can be easier and cheaper to book in a bit of extra-curricular activity. Even the tuk-tuk drivers are open to a deal when there aren’t so many potential fares around. You might just bag a lower air fare between cities like Siem Reap and Phnom Penh or even Bangkok.

On the subject of the weather, April and May see what are known locally as the mango rains. These are heavy but totally refreshing afternoon rains that are quite welcome to cool things down! And of course allow the mangoes to fatten and ripen - and they are delicious. With the rain, much of Cambodia bursts into bloom after months of dry and dusty weather making the towns and countryside more beautiful than ever.

April sees the biggest festival in the Cambodian Calendar – Khmer New Year. It’s a major celebration throughout the country, and there is lots of fun to be had.

Many of the Community Projects we work with in Siem Reap close for 1-2 weeks around Khmer New Year. The Cambodian Elephant Sanctuary and Bear Rescue projects have to remain open! If your chosen project is closed but you are planning a long stay in Cambodia, then a week or two’s break from volunteering is the perfect time to go travelling. There are many places to visit in Cambodia or even further afield to places like Thailand, Vietnam and even Myanmar. Or you could combine some time at one of our community projects with a week or two at a wildlife rescue project! 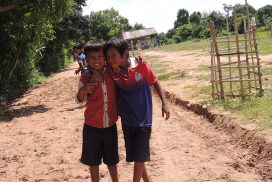 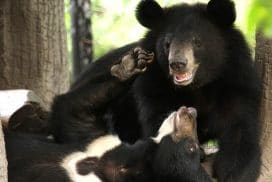 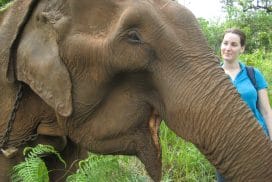 The temperature is much more pleasant at this time of year which makes it the best time to volunteer in Cambodia for some. The rains turn the country into a lush green landscape and time plant the rice paddy fields. This is considered the peak of the wet season.

In August and September the rain can be a little more persistent. Particularly in areas like Mondulkiri where our Cambodian Elephant Sanctuary and Indigenous Hill Tribe programmes are based.  But there can still be plenty of days of blue skies and sunshine as well. Just prepare to get muddy as there is always plenty of work to do, even on a rainy day. And remember if it weren’t for the rains, Cambodia wouldn’t be half as lush, green and beautiful!

September or October is also the month of the major Khmer holiday of Pchum Ben. It’s a little bit like the Christian holidays of All Souls, All Saints and Halloween all rolled into one. There is no “trick or treating” as it is a very traditional festival where Cambodians honour relatives who have died. Most Siem Reap projects will close for at least a couple of days around Pchum Ben. But it is a great opportunity to participate in a Pchum Ben blessing with Buddhist monks at a local pagoda (Buddhist temple) – which usually Globalteer staff will organise for you. If you have a few days to spare it’s another great time to squeeze in a little travel. Pchum Ben usually falls at the end of September or into October. 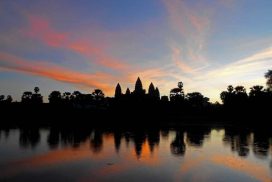 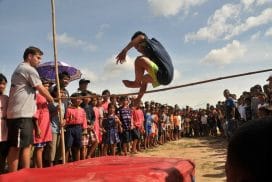 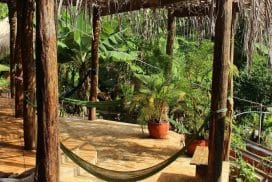 October in Cambodia can be a little wet, but if you haven’t seen a tropical monsoon then you haven’t lived! The rains often fall later in the afternoon meaning most of the days can be dry.

Given that Cambodians are used to a bit of heavy rain and flash flooding, things tend to carry on almost as normal. It certainly takes more than a bit of surface water to keep a good tuk tuk driver down!

October is also the month of Halloween. If you are in Siem Reap for the 31st, you might like to join the annual Siem Reap fancy dress Halloween pub crawl. It’s a great test of your ingenuity when it comes to costume making. But above all, it’s a great night out and a fun way to meet people!

For many, November and December is arguably the best time to volunteer in Cambodia. Blue skies return, and it is relatively cool which is great for many foreign visitors.

November is the month of the annual Water Festival and in Siem Reap. This sees locals set thousands of pretty lanterns afloat on the picturesque Siem Reap River. The festival is also time for some highly competitive boat races. Some of our Siem Reap Projects will be closed for a few days at this time. It is another opportunity for sightseeing around Siem Reap and of course for seeing the festival itself.

Early December also sees the Annual Angkor Bike ride and Half Marathon drawing competitors from all over the world. Even if you are not an elite world class athlete you might want to take part. Some of our volunteers have done in the past and also managed a spot of fund raising for their project!

Of course December also means Christmas and New Year. Although Cambodia is a Buddhist country, Christmas is celebrated in the major towns and cities. There are Christmas trees, fairy lights, Christmas parties and lots of Christmas dinners to be had. Most of our Siem Reap projects will close for a day or two over Christmas. You will be able to have plenty of time to celebrate Christmas in Cambodian style. Siem Reap’s Pub Street is party central on both Christmas Eve and New Year’s Eve. Revellers travel from around the region to celebrate with one of the best New Year’s Eve Street parties there is. 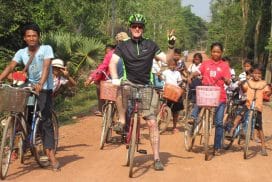 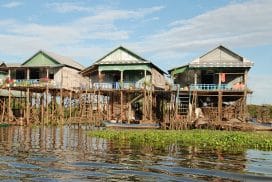 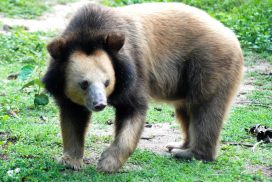 Hot and sunny and mostly rain free, visitors love coming to Cambodia at this time of year. The countryside and forests are still green after the rainy season and it can even get quite cool in January. It’s great for students and teachers coming to volunteer from Australia or New Zealand as it coincides with the long summer break. It’s also the perfect time for Northern hemisphere volunteers who want to escape the depths of seemingly endless winter! And if you come after the Christmas holidays are over you can grab some really good air fares too. This is considered the dry season and you are unlikely to see any rain.

The third Saturday in February is usually the date for Siem Reap’s annual Giant Puppet Parade when the streets are filled with magical giant illuminated puppets created by children from some of Siem Reap’s NGOs. It’s a breathtaking spectacle to watch, and of you wish to be involved in the planning, preparation and creation of the amazing puppets, you can apply for a puppet parade placement through our Cambodia Community Project. 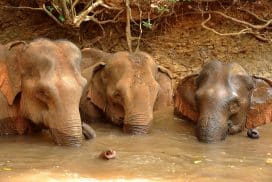 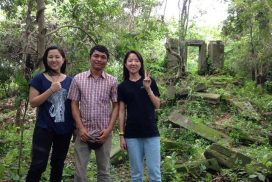 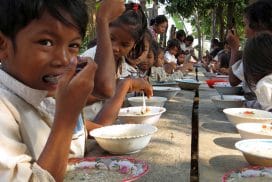 Why Should You Volunteer Abroad