A great deal has been achieved by all the projects that Globalteer has worked with over the last decade, and over the coming week we will be highlighting just a few of the wonderful success stories we have been privileged to play a part in.

None of it would be possible without the dedication and commitment of the staff at the projects and of course the determination and hard work of the communities we work with.  We don’t claim that none of it would have happened without Globalteer’s volunteers, but they, you have certainly made the successes a little bit easier to achieve, more of which later this week. In the meantime, here’s a bite-sized history of Globalteer with some of our milestones from the last ten years. 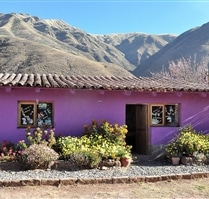 Fed up with the lack of really meaningful international volunteering opportunities for ordinary people, and buoyed by a rather timely redundancy payment, Jim Elliott presents his plan to set up a proper volunteering organisation to the UK charities commission. They encourage him to set up Globalteer as a Non-profit, which he does working in partnership with a street kids project, a children’s education project and a clean water project in Cambodia, and an elephant rescue project in Thailand.

After little more than six months in operation, the UK Charities Commission approves Globalteer’s application to become a registered charity and the future is looking good!

Jim receives an inheritance from his late grandmother which he uses to set up Globalteer's first school for disadvantaged children in Cambodia, which is named in her honour. Now managed independently – by former Globalteer volunteers - the school teaches around 250 children a day, runs a social enterprise for marginalised women and has recently opened a disability day centre.

Recognising the lack of organised sports for children in Cambodia, Gary Hodder, a British soccer coach teams up with Globalteer to create the Globalteer Siem Reap Junior Soccer League. The focus is on exercise and fun and on teaching the importance of teamwork and fair play. The league launches with 18 teams from 10 local children’s projects.

Now working with various education and wildlife projects in Southeast Asia Globalteer opens its first project in Latin America. Picaflor House in the village of Oropesa near Cusco in Peru opens as a safe place for disadvantaged children to play and learn instead of being left on the streets after state school finishes at lunchtime. The project now has 60 children enrolled and in 2015 opened a kindergarten, funded by one of our volunteers. Picaflor’s Project Manager will be telling us all about the impact of the project on the small community later this week.

Globalteer continues to seek new partners and in addition to our fantastic community and wildlife projects in Asia and South America we add our first ever marine conservation programme - also our first ever project in Malaysia. Based on a truly idyllic white sand island off the Borneo coast the project is dedicated to sea turtle and coral reef conservation and proves an instant hit with volunteers! You can read the project director’s thoughts on how volunteers have helped this project later in the week.

The Siem Reap Cambodia Soccer league has become so popular, with many projects asking us to coach their teams that we add weekday sports coaching to the project and launch the Cambodia sports project with volunteers joining us from the world over to help teach the children new sports and run the soccer league. We also include girls’ teams in the soccer league and create a new volleyball league!

After working closely for several months with education project partners in Siem Reap and a husband and wife teacher team from the UK we publish Globalteer’s first ever volunteer teaching guide which is designed to help volunteers without teacher training to be as effective as possible in their volunteer roles. We also introduce free Spanish classes for our volunteers in Cusco, Peru and Medellin, Colombia to help them make the most of their time in Latin America.

It’s also a busy year for the Globalteer Cambodia team as we take on the management of a rural school for nearly 300 children about 25km from Siem Reap. We also form a partnership with a free school that has been set up to help the children of families living and working on a giant rubbish dump near the city. Both projects work with families living in extreme poverty and are making a massive difference to young lives.

Meanwhile in Peru we partner with a street dog rescue project in Cusco that takes care of abandoned and injured dogs, runs a neutering programme, an adoption programme and an education programme to teach people about animal welfare. It’s another instant hit with volunteers.
2014

This year we are shortlisted for an award for our work with the two rural schools we partnered with in 2013. To be precise we are recognised for our innovations in international volunteering and although we don’t win, it’s a real honour to be shortlisted.

We also join up with three new projects in Latin America this year - The Costa Rica Sea turtle Sanctuary and two projects in the Peruvian Amazon. We are so pleased to be extending the reach of our work and of course the opportunities we can offer volunteers. For the first time ever we place more than 500 volunteers in a single year which is a great milestone for us.

We partner with two more new projects in 2015: The superb Colombia sloth Sancturay near Medellin and a new wildlife Sanctuary in beautiful Laos – the first of its kind in the country.

Volunteer tourism continues to grow and with it a proliferation of less than effective and sometimes dangerous volunteer programmes. The importance of being recognised as an ethical provider of overseas volunteering opportunities has never been greater if we are to continue to provide our partners with effective volunteers to help their causes.  As we reinforce our commitment to responsible volunteering, Globalteer joins the Ethical Volunteering Group, run by a UK charity Tourism Concern and we are accepted as Associate members of the safeguarding charity, Keeping Children Safe.

Now working with more than 20 projects, from elephant rescue to coral conservation and from English teaching to sports coaching, we celebrate our tenth birthday. Many of the communities we have been working with since the beginning are enjoying the long term impact of their work and the benefit of our support for them. We are optimistic about how much we can achieve in the next ten years with the help of our partners and volunteers across the world.