Before continuing, please be advised that some readers may find some of the following upsetting to read, as it includes descriptions of inhumane acts committed against animals.

PAWS works to improve the welfare of street dogs in the villages around Cusco, Peru. Most are owned, roaming dogs that spend their lives on the streets but are fed by their owners, often used as security dogs to protect property and sometimes to guard over livestock.

Our mission is to reduce the overpopulation of dogs through a sterilisation programme and improve their quality of life through vaccinations, health checks and educating the people in the villages. Using our mobile veterinary clinic, we can visit the dogs and provide healthcare and sterilisations where they live.

Our Dog Warden Programme specifies a local volunteer member of each community to work with us and make a great connection between PAWS and the village, helping us become even more trusted and effective. Through a dog warden, we receive valuable information in a timely manner to help the dogs in the community: when there are new puppies, when an injured dog needs assistance, or if a case of animal abuse occurs.

Poisoning dogs in Peru is unfortunately a common practice. Dogs are poisoned when they are seen as a nuisance or aggressive, and it is seen by some as the easiest way to deal with a dog problem. Additionally, it is seen as having few consequences by the person carrying out the act. It is easy for someone to anonymously poison a dog by leaving out food that has been mixed with cheap and easily available rat poison. Because most people do not approve of this horrific practice, it does sometimes cause disputes in the villages between people, but it does still happen. Unfortunately, it is often difficult to identify the culprit and police time is rarely used to investigate a dog being poisoned. In fact, very few incidences are even reported to the police, as it is seen as pointless. 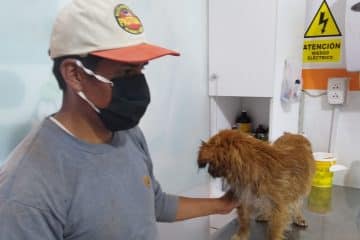 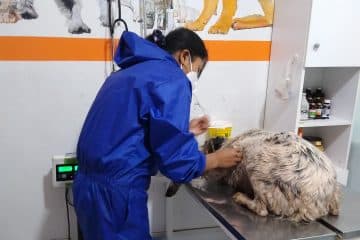 When a Poisoning Happens, PAWS Intervenes

This past month, in the villages of Ticapata where we operate, a group of children ran to our dog warden’s house, crying and looking for our help. Two of the unowned village dogs had been poisoned. Our dog warden immediately called the PAWS team. When dogs are poisoned, time is of the essence. We rushed to the scene where people were throwing water on the dogs and giving them milk, vegetable oil, and eggs (a common practice in the villages that actually does more harm than good).

The PAWS team was quickly able to take control of the situation, and the dogs were provided the correct treatment through our veterinarian. Both dogs survived through the quick actions of the kids, our dog warden and the PAWS team. The dogs were then taken to the dog warden’s house in the village to give them time to recover off the streets. One dog recovered quickly, but the other was still visibly affected by the poison.

We had found where the poisoned food was left for the dogs and cleaned it up, but unfortunately, two more dogs sniffed out more poisoned food that same afternoon. Luckily, our team was already at the dog warden’s house checking on the recovery of the first two dogs. We were quickly able to treat the newly affected dogs within minutes of them eating the poison, so these two dogs also recovered straight away before the poison found its way into their digestive system, causing a painful death.

After more visits from our team and care by the dog warden, the dog most effected by the poison finally recovered and by the following week, was back running around with the other dogs. 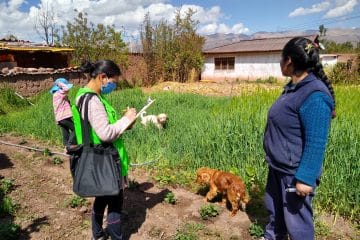 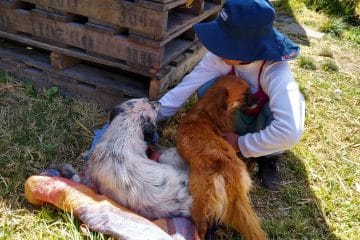 After the poisoning of the four dogs, the PAWS team carried out an investigation to determine who poisoned the dogs and why. This is always difficult, as the culprit never admits to their act, for fear of the consequences. The PAWS team questions people in the area to try and discover what happened, by whom and why. This is done very quickly after the event to ensure that the culprit does not feel empowered to poison more dogs.

The main reason for the investigation is to show people that there are consequences for animal abuse. Our team is very visible in the village during an investigation, and everyone we speak with is told that the report of our findings will be passed to the police and our lawyers. The first thing this does is make the culprit fear the consequences of their dastardly actions and they are not likely to poison any more dogs.

Our visible presence and investigations have now become the voice of the downtrodden.

In order to provide proper medical care to any dogs in need, we are always looking to purchase medicines and veterinary supplies. Therefore, the best way to help us help the street dogs we work with is to donate to our cause! Please consider making a donation today! Your donation could literally be a lifesaver.