Anyone who has ever visited Cusco, whether as a tourist or volunteer, will tell you that the city is full of dogs. You will see them as soon as you leave the airport and head to your destination via taxi in any direction – small dogs, large dogs, old dogs, puppies, every colour, every shape and size, alone or in small packs – they literally can be found on every street and in every alley way.

In the city centre, they will come up to you happily wagging their tails, hoping for a treat or a pat on the head. On the surface, it’s a dog-lovers paradise.

But for all the dogs that are being loved and caressed by tourists or in local homes, there are just as many who are unfairly suffering. They have no permanent homes, no one to care for them, their numbers grow, and their conditions deteriorate. They do their best to fend for themselves, but the ever-increasing problem of over-population is unsustainable. If you stay in Cusco long enough, you are sure to see a female eating trash on a street corner, just trying to find enough food to nourish her body so that she can feed the remainder of her surviving puppies. Or a dog with a severe limp, having been hit by a car and left to fend for himself. This is the daily reality. 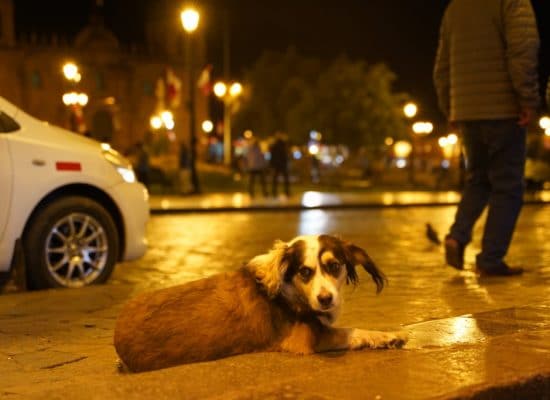 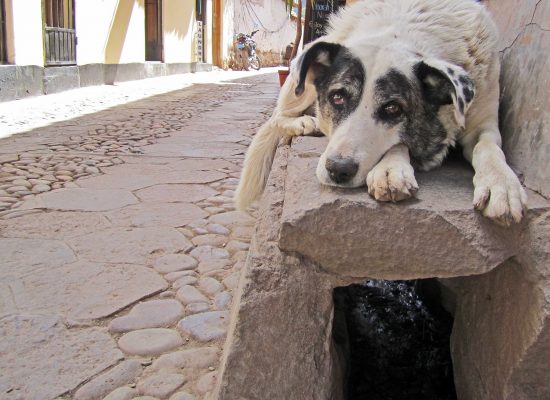 The latest officially-released estimate of the Cusco street dog population was 14,000 dogs in 2013. Some more recent reports from local Cusco news outlets now place that number at closer to 40,000 or higher. With un-spayed females giving birth every year, this number continues to climb.  These same dogs often suffer and die from the spread of diseases such as distemper or parvovirus, being injured in pack fights, or hit by cars and left without aid.

Furthermore, the dog population problem also poses risks to the local human population. According to Cusco’s Regional Direction of Health, in 2016 over 1,200 dog-bites were reported. We can only imagine that significantly more go un-reported.

The city also has a trash issue throughout its streets and rivers, and the dogs dig through this trash daily. This can be harmful to the dogs themselves, and it spreads the rubbish and its contaminants even farther.

Additionally, there is also an issue of dogs that are pets, that have owners who feed and care for them. But these dogs are out on the streets all day, digging through trash, contributing to overpopulation, and spread of disease. Often it can be hard to determine which dogs have caretakers and which are true strays. You need to live within any given neighbourhood to know for sure. Regardless, even if the dog is cared for, if it is not spayed or neutered, it will contribute to population growth. This results in the increased suffering of Cusco’s dog population overall. 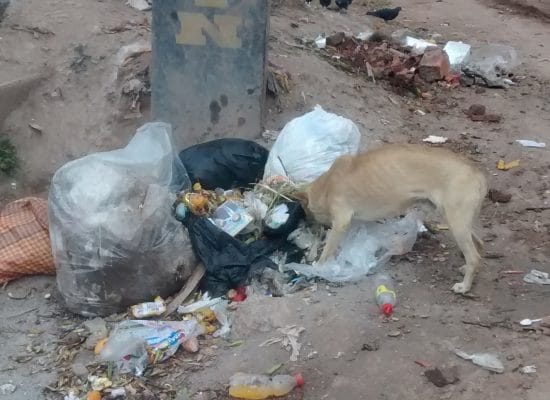 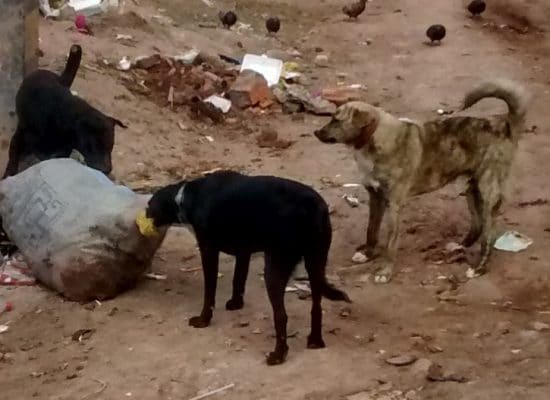 What Can We Do? Globalteer’s Mission

In the past, sadly, the local Peruvian government had addressed population control by poisoning dogs on the street. This method proved to be wildly unpopular and caused an uproar among local animal-lovers. And rightfully so – the dogs had painful, inhumane deaths, and sometimes pets belonging to families were also affected. Thankfully the government has abandoned this practice, but nevertheless, sometimes disgruntled locals (non dog owners of course) still poison dogs. We want to find a humane way to address this problem so that things like this no longer happen.

Globalteer has joined up with like-minded local charities to create the Peru Animal Welfare Society - PAWS. We have purchased a mobile veterinary clinic to enable us to visit rural communities where there are large populations of dogs with zero access of veterinary care. We are able to provide healthcare to the dogs as well as carry out a sterilisation programme.

We currently support a local dog shelter where you can volunteer to work with rescued dogs. The shelter does amazing work caring for injured, abused, and abandoned dogs, and we will continue to support its efforts. However, in order to address the dog problem as a whole, in a humane way, we need to tackle it at its source.

Globalteer has developed a strategy that focuses on 4 programme areas: 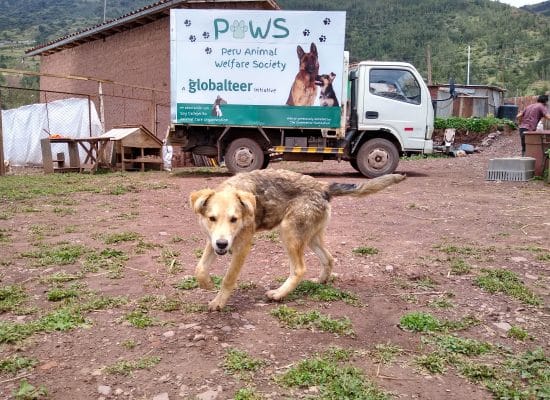 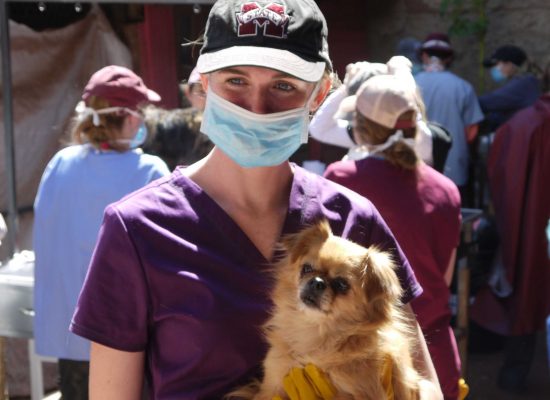 Education is the key to long term success of this project. Helping the local population understand the problem and showing them what they can do to help is key. We will not be able to make any difference or sustainable change if the people of Cusco are not an integral part of the solution. Long-term change in any population always begins with the youth. Therefore, the education programme will include school visits as the main focus, educating children on proper care for animals and how to be responsible pet owners. However, we will also be reaching out to the wider population through a website. Also a public information programme, providing flyers at plazas and events, and radio and TV programming.

Working with local veterinarians and neutering the dog population using a “Capture, Neuter, Release” model will make a significant difference to the future numbers of Cusco's street dogs. We also plan to offer reduced prices for these operations to families with pets. With tens of thousands of dogs on the street whose numbers are growing daily, if even spaying one female can reduce the number of dogs in the next year by 5 to 8 puppies, you can imagine the reduction in numbers if we were able to spay as many females as possible. Neutering males would only further reduce the number of potential births.

The government of Cusco currently carries out a programme to inoculate dogs against rabies but not against any other diseases. Working with local government to provide an additional inoculation against a number of diseases will significantly reduce animal suffering.

We want to continue working with existing local shelters and help improve their infrastructure so that they can better attend to the dogs in their care. We also want to work with existing rescue centres, shelters, and veterinary clinics to ensure they have thriving adoption programmes. Also actively working with families or individuals who are looking for furry friends and helping to get as many dogs as possible out of shelters and off the streets. In conjunction with this, an education programmes for those adopting is required. This will ensure that adopted dogs are receiving the care they will need for the rest of their lives and do not end up homeless once again. 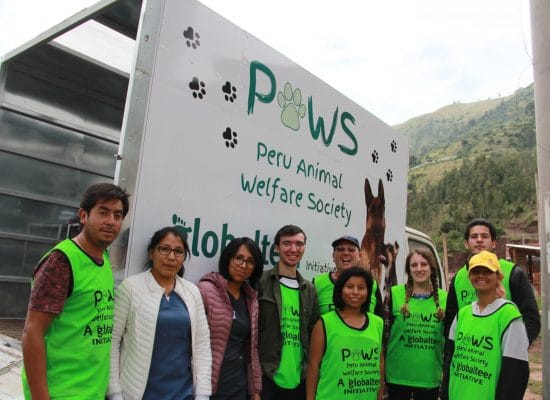 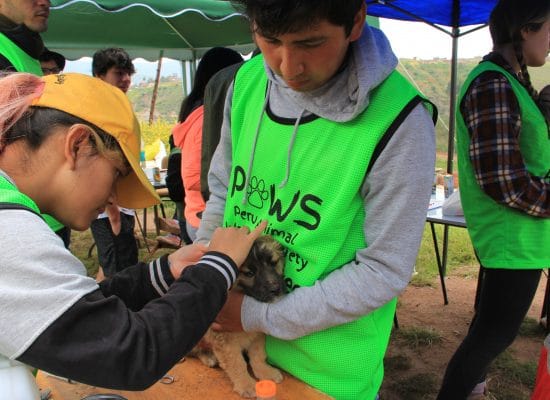 How Can You Help?

It is our belief that by addressing Cusco’s dog problem in these ways, we can work towards reducing the overall dog population and minimizing animal suffering. A comprehensive, sustainable programme will take many years and a great deal of funding to reach full fruition. But with your support we can work towards real change for the wonderful dogs of Cusco! Click on the links below to support us in our work to end animal suffering.

Volunteer with the Dogs