The Cambodia Cat & Dog Rescue project cares for animals rescued from Phnom Penh's streets. In addition to caring for these cats & dogs the project is also educating the community on animal care and working to improve the welfare of animals throughout Cambodia. Our Regional Manager, Crissy, recently visited the project and spent the day as a volunteer to gain a more in-depth insight into the volunteer experience at the project. 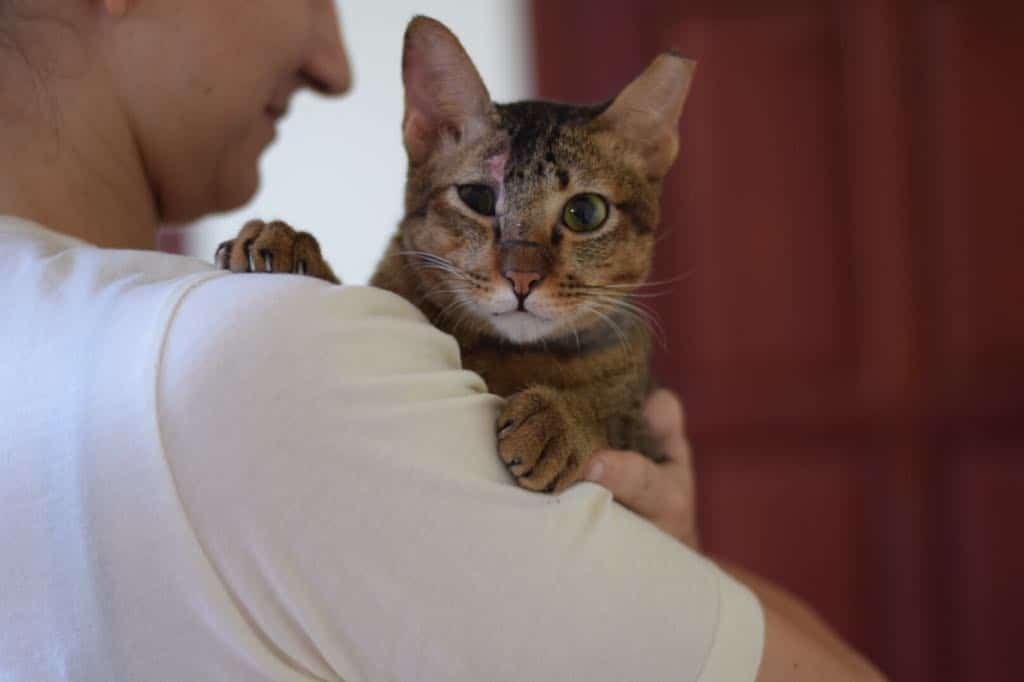 "Recently, I had the opportunity of visiting the animal rescue project in Phnom Penh, Cambodia. The day was spent working with both cats and dogs in what proved to feel not like work but rather like a playdate.

Tucked away on a narrow road surrounded by bustling city life, sits a large two-story, gated home that has been converted into an animal rescue shelter. The day began with a tour of the facility. Upon entering, there are dog kennels to the left and a small garden area to the right. The use of the space is quite impressive as it’s been designed to ensure optimal use of the full area. After passing through reception is the operation room, a kitchen and an area for cats with special needs. Outside, the dog kennels are set up along the full length of the property. Immediately, I noticed how much bigger each kennel was compared to other shelters I’ve visited as well as the absence of an overwhelmingly strong odour.

The first task of the day was to bathe cats. Unfortunately, there had been a contagious skin rash that had spread to several of the animals. With this in mind, extra precautions were taken to keep affected animals quarantined as well as additional steps put in place to prevent and exposure to the other animals. I must admit, the thought of having to bathe a cat was a bit intimidating. Cats don’t generally like water and I’ve experienced way more than my fair share of cat scratches. But, duty calls. 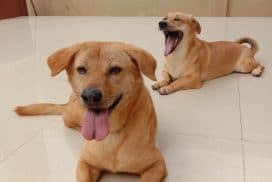 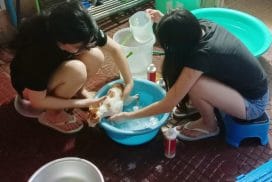 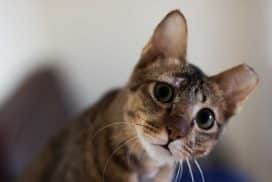 Placed in single crates, the cats were carried to the bathroom and we prepared the water-filled tubs for them. I let another volunteer go first because, well, I was expecting a cat to go crazy. Instead, the first cat stood peacefully in the water and allowed shampoo to be lathered throughout its fur. Sure, the first cat is nice. Let’s see what my cat does. With some nervousness, I took a kitten and placed it in the water. Shockingly, it stayed there. Wow. Much to my surprise, my cat was also incredibly calm and compliant.

I didn’t tell anyone, but that was actually my first time ever attempting to bathe a cat. I’m more of a dog person. But I gave it a try and apparently succeeded as the cat didn’t attack me or run away. Only once did a kitty try escape the bath with a quick, clever jump. Luckily, he didn’t get far before I scooped him back up. After bathing, the drenched kitties were wrapped burrito-style into large warm towels. We coddled the kitties like babies before fluffing them dry. I never knew how precious a wet wrapped-up kitten could be.

Once all the kitties were bathed and returned to their freshly cleaned homes, it was puppy time! We were given a briefing on each of the dogs including their background, personality, training goals and any special behaviors to be mindful of. We were tasked with helping to train and socialize the dogs, which for me essentially meant ‘go play with the pups’. And play we did! Two or three dogs were taken out into the yard together to play with each other (and me). Some dogs were overly-excited, some dogs were timid and some were just a ball of ‘cuddle-me’ on four legs.

There was one dog in particular, Cherry, that caught my eye. A short, beefy little girl known for having a barking issue linked to a fear of humans. I made it my goal to earn her trust enough to be able to pet her. I spent a lot of time with her. From tossing treats to her, to holding my hand behind my back with a treat for her and then eventually having her take a treat from my hand face-to-face, after an hour she finally let me pet her. I was so happy and didn’t want to let her go.

The next adventure was to take Atticus on walk as she was soon to be adopted. It was her first time being leashed. Surprisingly, she was incredibly compliant when putting the tricky harness on. We started off by walking in circles around the yard to which she did fairly well staying by my side. However, when we went to the street it became tricky. As if the dogs and people in front of neighboring homes weren’t enough of a distraction, it was also 5pm which brought extra traffic. Unfortunately, we were not able to make it very far down the road before it became evident that it wasn’t safe for Atticus. She was clearly over-stimulated and stressed due to all the commotion. However, I’m quite certain that she would do well on the leash when walking down a calmer road.

After our walk, it was time to feed the dogs. Staff prepared individualized food bowls according to each dog’s weight and medical needs. The bowls are brought to the dogs one-by-one so we could monitor each dog to ensure they’re eating well and consumed any medication.

There was about thirty minutes remaining in the day so I used this time to play with my favorite dogs. I gave my final cuddles to Cherry and a few other pups, while trying to convince myself not to impulsively adopt one. Finally, it was time to clean up and go home. I left with both a sense of fulfillment and an internal debate over adoption. I have no doubt that every volunteer coming here will have an incredible time as well as learn a lot." 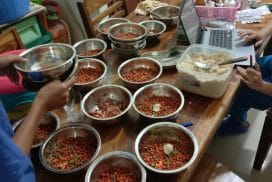 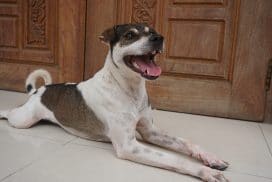 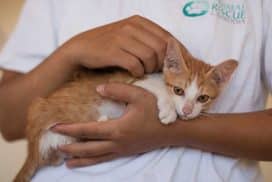 Want to Volunteer Yourself?

If you can see yourself helping the project take care of the rescued cats & dogs, check out the project page for more information on this unforgettable  volunteer experience.

More About Other Animal Rescue Projects