Globalteer has recently agreed a partnership with an inspirational dog rescue centre on the outskirts of the city of Cusco in Peru. Our volunteers can now devote time and support to helping develop the centre and care for its resident dogs, all of which have been rescued from lives of often unimaginable misery on the streets of Cusco and around.

The centre has been operating since 2010 and recently moved from its base in the centre of Cusco to a beautiful – if a little basic - rural setting in the hills to the West of town. Globalteer’s Cusco-based team recently made a visit to the centre, and here’s what we found. 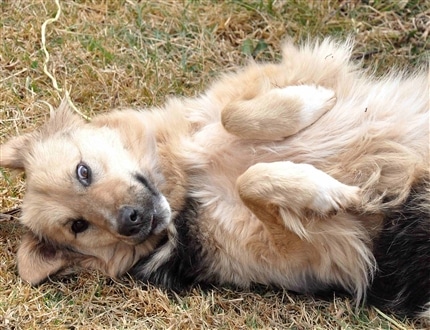 Getting to the Dog Rescue Centre

The drive from Cusco to the dog rescue centre takes little over ten minutes, but soon after we set off we were up in the hills, high above the cobbled streets and ancient squares, passing the gleaming white statue of Christ that looks over the city from his heavenly perch next to Sacsaywaman, Cusco’s biggest Inca archaeological site.

Just off the main road we drove through a fragrant grove of tall eucalyptus trees, passed by a couple of inquisitive donkeys and a pair of cheeky llamas munching on the grass. Inca ruins lay literally to the left and right of us as we bumped along the stony track in our 40 year-old VW Beetle.

Who let the dogs out?

As we turned into the project grounds we could see a crowd of curious canines, high on the hill next to their adobe shelter spying on us as we parked the car by their water butts. And then, suddenly, as if they had been magically unleashed they flew down the hill to greet us.

We are not all exactly what you would call your typical dog people, but these friendly, excitable furry bundles of energy were lovable enough to melt even the coldest of hearts.

Many of the dogs arrive at the centre injured or sick, and victims of abuse. Children in schools are routinely taught that animals cannot feel pain, and although dogs are protected by law, most people are unaware of this and sometimes take the law into their own hands, doing away with the annoyance of abandoned dogs as if they were nothing more than disease-ridden vermin. 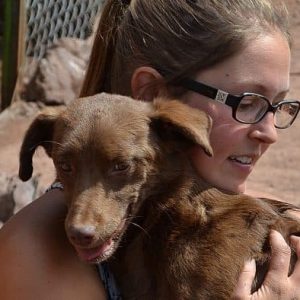 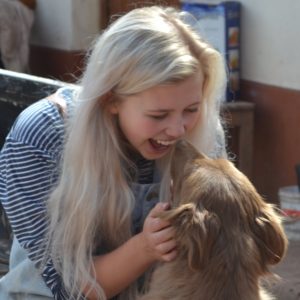 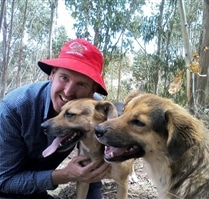 The centre’s role is not just to care for and fund veterinary treatment for the dogs that are lucky enough to be rescued, but also to educate people in humane treatment of animals through distribution of flyers in the streets of Cusco and through educational programmes in local schools.

For now the centre consists of little more than a ramshackle hut where the dogs sleep and a vast open space where they can run and play to their hearts’ content. The centre is not even fenced in, but the dogs never try to escape. They are happy here, and it shows, from the youngest and smallest to oldest and frailest of them. In fact one of the residents – Noelia, a light coloured Pekinese mix – ran away from her adoptive home so she could come back to the centre.

Dog shelters need to be built and repaired, as well as an easy-to-clean recovery room for post-operative dogs. Exercise runs need constructing and a retaining wall for an exercise patio so that the dogs can run freely in the open air all day long without supervision.

It is easy to see what a big difference volunteers will make to the well-being of the dogs here. And even easier to see how rewarding it will be for anyone lucky enough volunteer with these truly lovable dogs.

Find out more about volunteering at the centre by visiting the Peru Dog Rescue pages of our website.