Why Is The PAWS Animal Welfare Project Needed?

An insight into the number of roaming dog in Cusco

When you’re looking through our PAWS website or social media, you may find yourself thinking, “But if these dogs have owners, why are they on the streets and why do they need our help?” That’s a good question, and part of the answer lies in societal attitudes towards animal welfare.

A lot of Peruvians don’t share the opinion that dogs should be kept safe in the owners’ houses and gardens, or on a lead when they are out; most people think that dogs can eat anything and be perfectly fine; and neutering male dogs is seen as an infringement on the animal’s right to be intact and breed.

But another key factor is poverty. Especially in the rural villages around Cusco, large families live in small dwellings, without the facilities most of us take for granted. They don’t have the space or the means to keep the animals humanely confined, nor the money to buy anti-parasitic medications, vaccinate their animals or get them neutered. 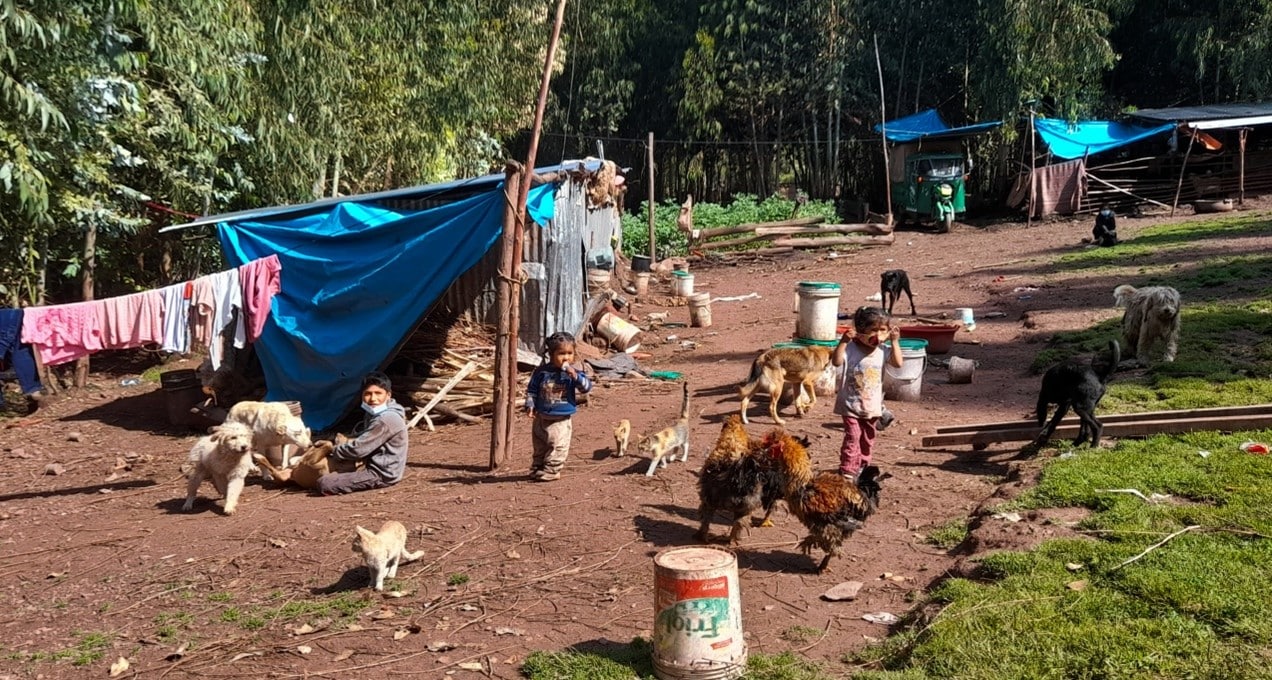 Last week, we met the Quispe* family in Ticapata, a small rural village on the outskirts of Cusco. Although it’s only 5 miles from the city center and 1.5 miles from the sprawling city district of San Sebastian, Ticapata still feels like the remote highland village it once was. The Quispe family – Juan, his wife and 7 children – live on a piece of land on the outskirts of the village. They live in an improvised three-room structure, made from bits of timber, plastic sheeting and corrugated tin, to one side of the property. The rest of the land is occupied by 20-30 farm animals (sheep, pigs, goats, chickens), the family’s only source of income, as well as their 12 dogs and 6 cats.

“I understand the farm animals,” you might say, “But why on earth do they have so many dogs and cats?”

Juan tells us that they initially got a couple of dogs to protect the house and the farm animals (animal theft is a big issue and they have no fence around the property or locks to keep intruders out) and a couple of cats, to keep the vermin at bay. However, because they can’t afford to neuter their animals, they end up with more and more.

With so many mouths to feed, it’s definitely a struggle, but the family has come up with a great solution. After the lunch rush, the kids head out to the local restaurants and pick up any uneaten food. A 20L bucket costs s./5 and with a couple of those, they can feed all of the animals.  We asked Juan what he would do if his dogs have any more puppies and he told us straight: they would have no choice but to abandon them. 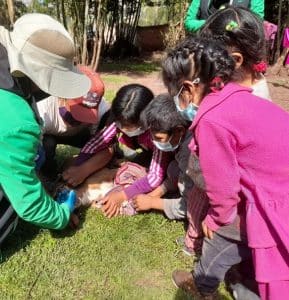 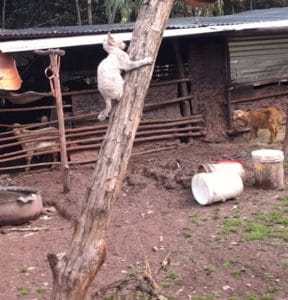 Like most people around here, Juan and his family love their animals and wish they could provide better care for them. So, seeing them treated for current ailments and given anti-parasite medications and vaccinations has been a real relief. When we told them that the clinic will be offering free sterilisations soon, they jumped at the chance and want to get all of their dogs and cats neutered.

This is a sad story but unfortunately, not unique. And that’s precisely why the work of the PAWS mobile veterinary clinic is so important! We are so happy to be able to help families like Juan’s, and do our bit towards reducing the numbers of unwanted and abandoned animals in the area.

*NOTE: Names used are not the family’s real names