The Plight of Elephants in Thailand

In Thailand, as in many countries in Asia, the Asian elephant has been domesticated and used by humans for many years to work in the logging industry. Following the ban on commercial logging in Thailand in 1988 these working elephants were no longer needed. Suddenly, hundreds of elephants and their owners were left with a very uncertain future. Their owners have been forced to seek alternative methods to use their elephants to make a living. 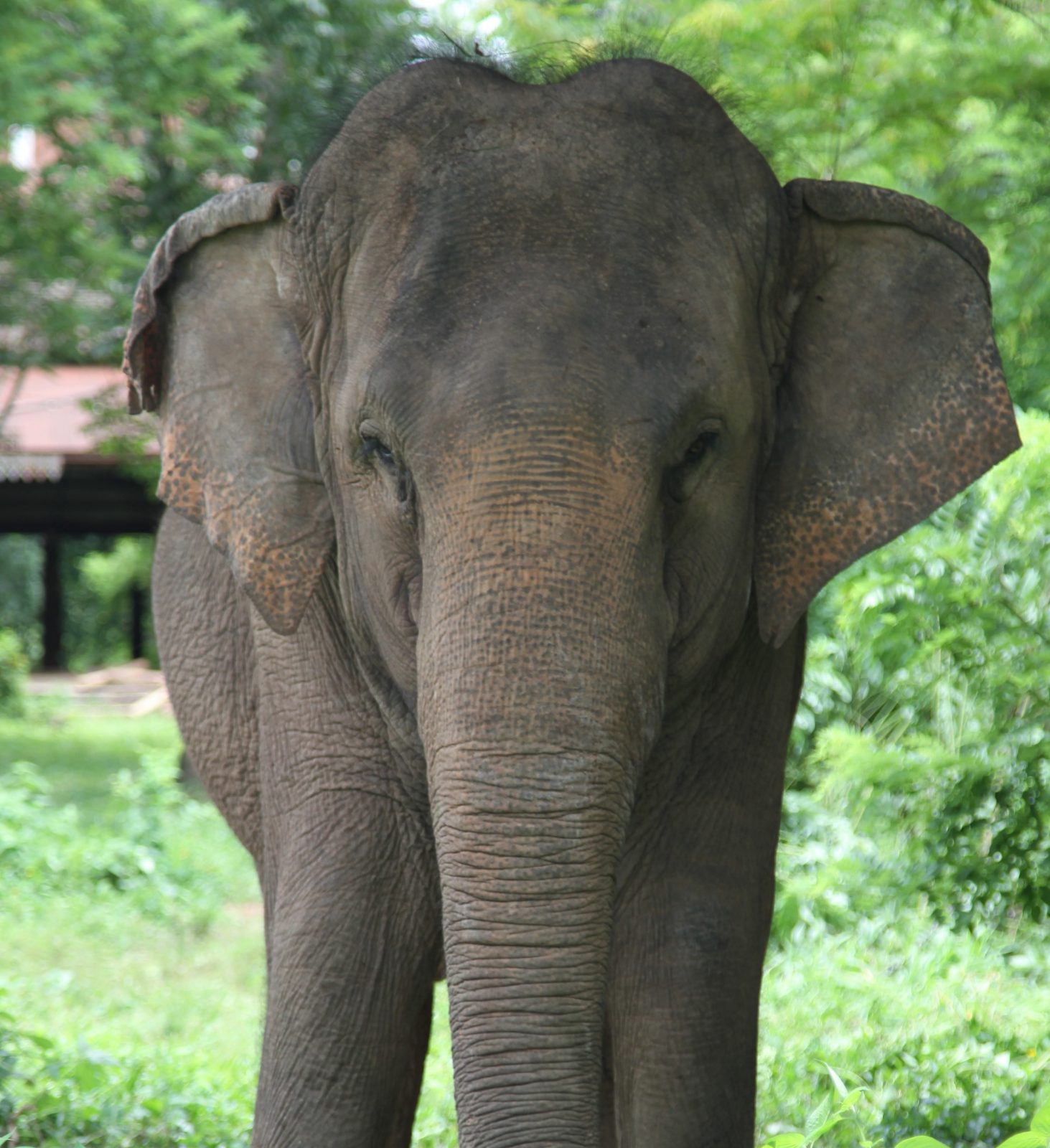 Wild elephants were roaming the forests of Thailand before any man dared to enter the dense jungle full of wildlife. These magnificent creatures have been living in large groups free to go anywhere they could find food and water. Wild elephants used the same paths and tracks for centuries. Over the last decades, man has driven the elephants back to a much smaller piece of forest with less to forage on. A steadily growing amount of people enter the forest to hunt and cut wood.

After 1988, elephant owners took their animals to the cities and today there are many elephants roaming the city streets. Especially in Bangkok and tourist resort where elephants are used as ‘begging tools’. Tourists feel sorry for these elephants and will buy food from the mahouts to feed to the elephants. The dirty, hectic city environment is far from ideal for these elephants, which are by nature forest dwellers. Elephants are frequently drugged to keep them calm in the chaotic city environment. The noise and traffic causes them considerable stress, not to mention the dangers posed by the traffic.

Every year many elephants are killed or injured in traffic accidents. City elephants are frequently malnourished and do not consume anywhere near the amount of food that they should eat every day just to prevent excretion on the streets. In the daytime, elephants are kept hidden away from view in unsuitable locations such as rubbish tips or car parks. Elephants are often without adequate shade and no access to good food, only leaves from city trees intoxicated with pollutants. Many city elephants suffer from respiratory diseases as a result of constantly breathing in polluted air. They are at risk of standing on broken glass and other debris on the streets leading to infections. They are not bathed regularly, as elephants should be, and this often leads to skin diseases.

Thailand has a thriving tourism industry. Unfortunately this has been exploited by people wishing to make money by using elephants as ‘entertainment’. Every day hundreds of animals are suffering at the hands of humans purely to make a profit for their owners.

They are forced to perform degrading and unnatural tricks, often being beaten with spike hammers. Kept on chains 24 hours a day, these animals lose their dignity and freedom and merely exist as moneymaking commodities. The elephants are worked hard, often with out shade, and denied the much needed time for eating, drinking and bathing. 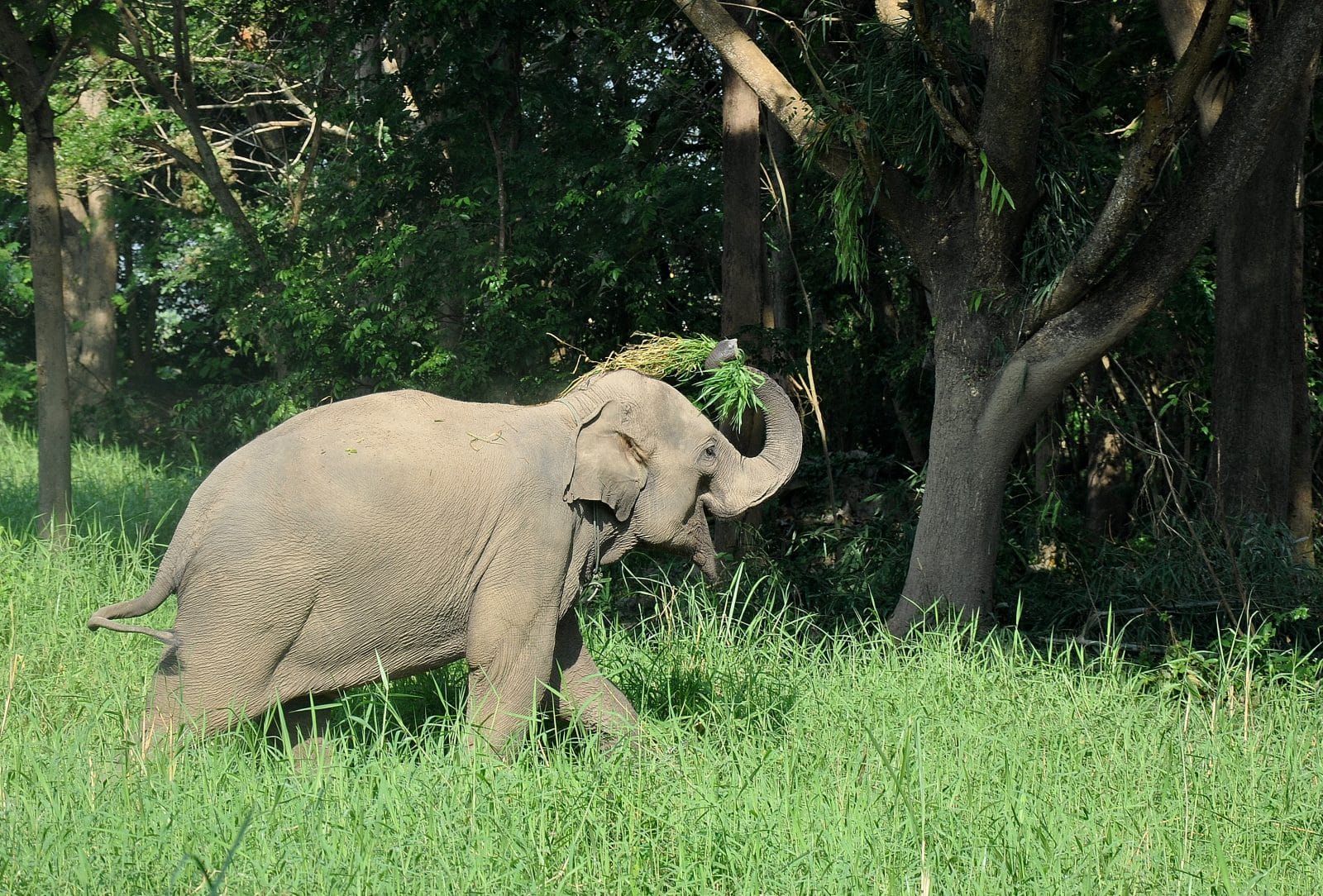 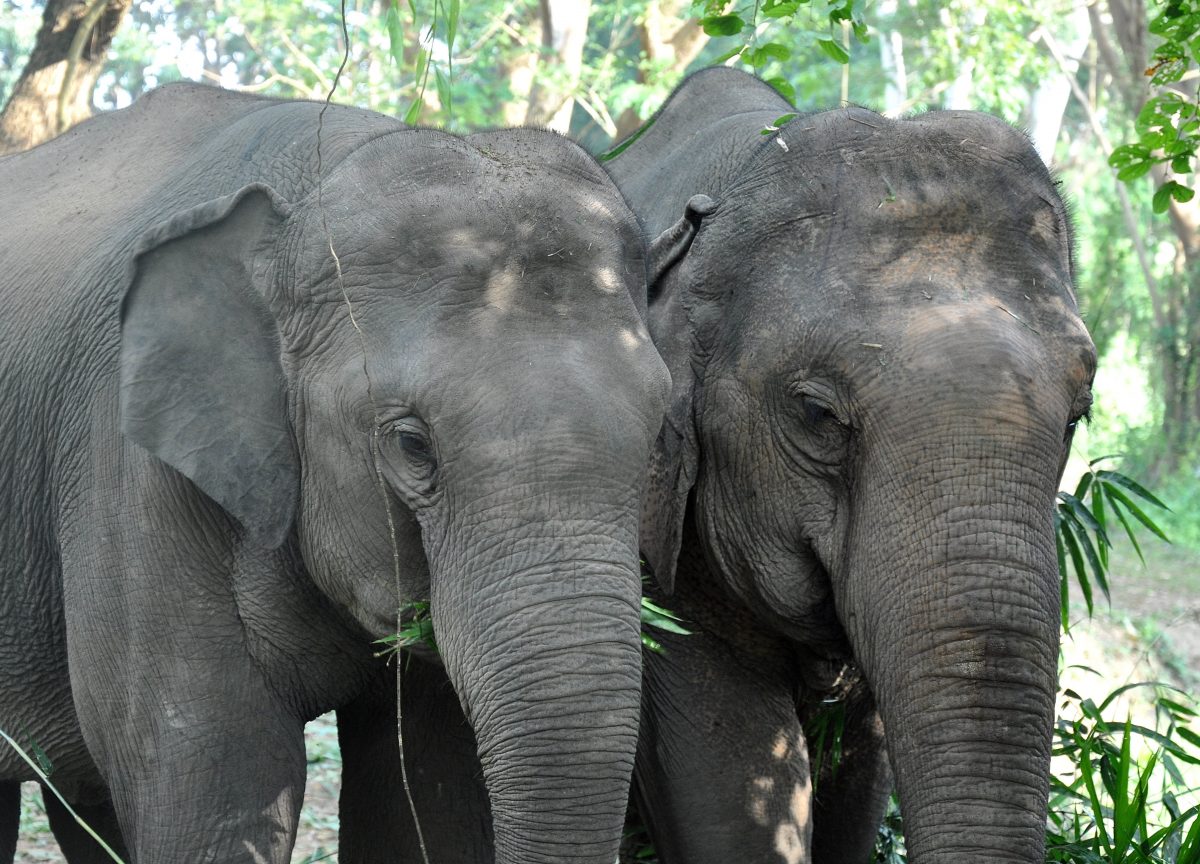 100 years ago there were at least 100,000 elephants in Thailand. Now sadly that number has dropped to about 5,000 (2,000 in the wild and 3,000 in captivity) and the population is still estimated to be falling at over 3% a year. 50 years ago 60% of Thailand was covered by forest. That figure is now below 20% and is still falling due to illegal logging and encroachment. Thailand's wild elephants need large areas to forage for food and find water to drink, this is essential for Asian elephant conservation. To get food and water, they need to go through land that has been encroached and where people are now living and farming.

Over the last years a large number of elephants have been killed, shot and poisoned when they have got near to human settlements and some hit by speeding vehicles driving through the forest. The brutal murdering of these beautiful, powerful animals has created an outcry among animal lovers.

Thailand's King who is aware of the problem involving the elephants, has been closely watching and coordinating numerous efforts to conserve the Thai elephants. Other organisations such as "The Wildlife Conservation Society" have now started programmes to investigate the human - elephant conflicts and will hopefully come up with some solutions before it is too late for Thailand's wild elephants.

Objectives of the Elephant Sanctuaries

The elephant sanctuaries strongly believe that education is the most important aspect of the work in Thailand. An effective educational programme is fundamental in order to change people’s attitudes towards animals and ultimately put an end to abusive practices involving animals and the exploitation of wild animals for the tourist industry.

There is a large on-site education centre at the one of the sanctuaries. It's aims are to educate local people, international visitors and, most importantly, local children about the need to end animal abuse and conserve Thailand’s remaining wildlife. This contains detailed information about animal exploitation, animal welfare issues, the wildlife trade and the need for conservation. There are also a number of educational boards around the centre detailing species information and the individual animals’ stories.

Volunteers learn about the handling of elephants, their life in the wild and captivity, their necessary care and the problems they face both in captivity and the wild.

The wildlife centre regularly visit schools and teach the children about animal welfare and conservation. they also run educational programmes at the centre, explaining why the animals are here and why wild animals should not be kept as pets. The project have also run camps for children in Kaeng Krachan National Park to teach children about the rainforest and Thailand’s wildlife.

The wildlife centre wish to expand their campaign against the exploitation of wild animals in the name of “entertainment”, for example performing animals, and to actively educate tourists about the cruelty involved in training elephants to perform in animal shows.

You can do your bit to support Asian Elephant Conservation by Volunteering at one of the Elephant Sanctuaries in Asia .